ZCPA: Residential construction companies should get the word out about home energy tax credits

Does your construction business work in the residential sector? If so, there are some powerful tax incentives in effect right now that could generate revenue for your company. However, many property owners may not be aware of them, so it’s in your best interest to get the word out.

In August 2022, the Inflation Reduction Act (IRA) was signed into law. Included in the act’s many provisions are amendments to two home energy tax credits:

1. The energy efficient home improvement (EEHI) credit. Under Internal Revenue Code Section 25C, and as amended by the IRA, the amount of the EEHI credit has increased to 30% of the taxpayer’s cost for certain qualified expenditures. These include:

There are limits on the allowable annual credit — generally $1,200 — and on the credit amount for certain types of qualified expenditures. The EEHI credit is allowed for qualifying property placed in service on or after January 1, 2023, and before January 1, 2033.

2. The residential clean energy property (RCEP) credit. Under Sec. 25D, and as amended by the IRA, the RCEP credit has been extended through 2034. Also, the applicable credit percentage rates have been modified and battery storage technology has been added as an eligible expenditure. Other eligible expenditures include solar panels, solar water heaters and wind turbines.

According to the IRS, there’s no overall dollar limit for the RCEP credit, though a percentage of qualified expenditures limitation may apply. Eligible property placed in service after December 31, 2021, and before January 1, 2035, will generally qualify for the credit. No credit is available for property placed in service after December 31, 2034.

In early January of this year, the IRS released Fact Sheet 2022-40. It contains FAQs about the amended EEHI and RCEP credits that provide details on the IRA’s changes regarding these tax breaks and information on eligible expenditures. In addition, the Fact Sheet provides examples of how the various limits on the EEHI credit work.

The first example presents a taxpayer who buys and installs two exterior doors at a cost of $1,000 each, windows and skylights at a total cost of $2,200, and one central air conditioner costing $5,000. All property meets the qualification requirements for the credit and, when added together, the credit amounts equal $1,700, but the aggregate $1,200 limit applies.

The second example contains mostly the same facts as the first. However, instead of buying a central air conditioner, the taxpayer purchases and installs an electric heat pump that costs $5,000. This results in a total credit amount of $2,600, because “the heat pump is in a category of energy property exempted from both the $600 per item limit and the $1,200 aggregate limit.”

The third example also has mostly the same facts except, instead of buying a central air conditioner, the taxpayer purchases and installs an electric heat pump costing $8,000 while also spending $600 on a home energy audit performed by a properly certified home energy auditor. This produces a whopping $3,200 total credit under the applicable rules.

Your existing and prospective customers may appreciate a heads up about the EEHI and RCEP credits. And if your construction business owns and manages residential properties, you might be able to claim one or both tax breaks as well. Contact our firm for more information. 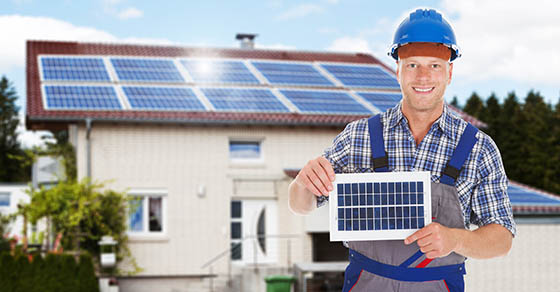